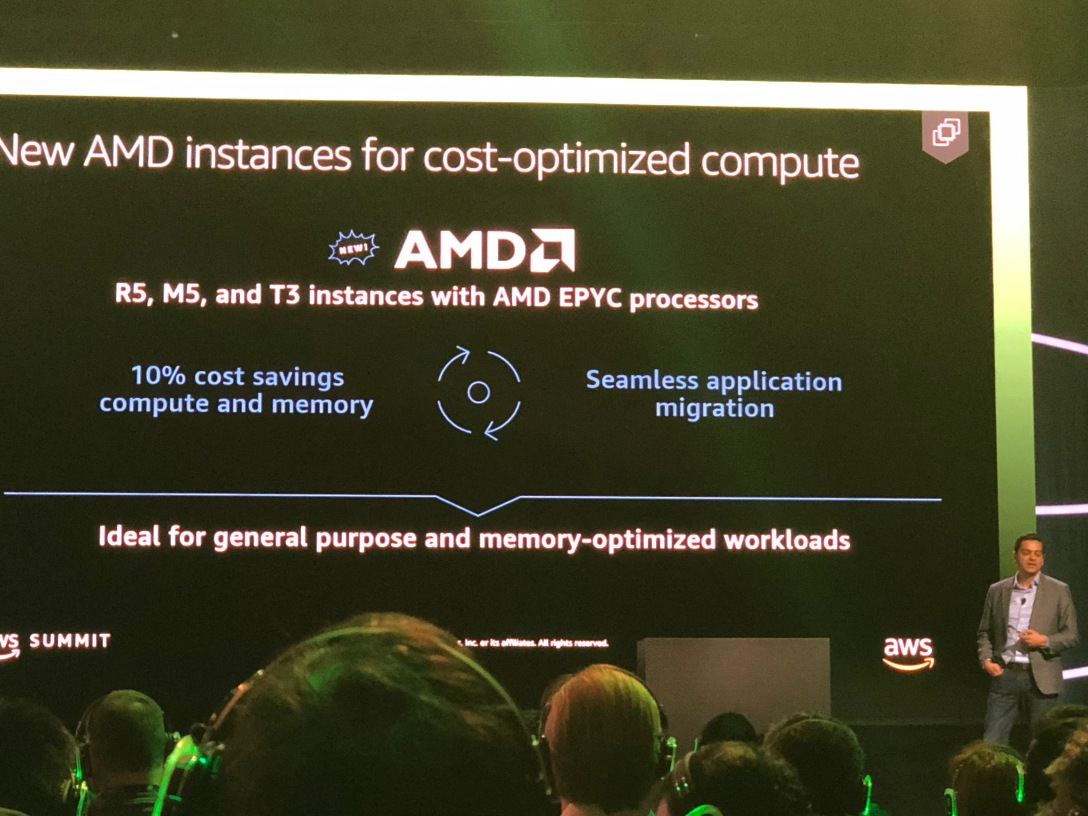 These AWS M5 and R5 instances are very important wins for AMD. Cloud users can achieve 10% savings by switching from Intel to AMD instantaneously. Actually T3 instances are also announced at the AWS Summit. Check out these slides below from the summit.

This is a quote by a summit attendee: “basically they expect 40% of customers to start moving by Summer, and said about 70-85% of customers have the ability to move right now. they also expect about 70-80% of new non-purpose built instances to be using $AMD instances due to cost savings”.

Certainly this is not an official statement, but IF this is true, then back up the truck!

Xbox head Phil Spencer promised to go big at the E3 with the XCloud. From his email:

“We have to stay agile and continue to build with our customer at the center. We have the content, community, cloud team and strategy, and as I’ve been saying for a while, it’s all about execution. This is even more true today.”

Microsoft and Google competing against each other, yet both are using AMD tech. What a great future.

This Digitimes article talks about by end of 2020 Intel’s server market share will fall below 90%. Actually it may be happening sooner, like 2019. Time will tell.