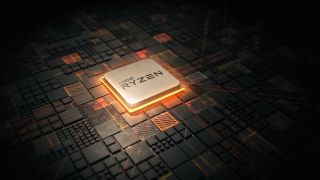 Since the 7 nm Ryzen launch back in July, some tech YouTubers have found that Ryzen CPUs do not always reach their advertised boost clocks, at least not on all the cores, by anywhere from 50 to 100 mHz. While the benchmarks from all these Ryzen CPUs are real and legit, but one wonders if AMD is open to potential lawsuits when their real world boost clocks are not as fast as their advertised max boost clocks.

Examples of such reports are found here at Tomshardware and here at Techradar.

After much anguished discussions online, including what is the actual definition of boost clock (is it one core or all cores, sustained or quick bursts); AMD finally responded officially with a new BIOS update called AGESA 1003ABBA, here. In a nutshell, this new BIOS is supposed to improve all aspects of CPU boost behaviors, among other improvements. All motherboard makers will in turn make available BIOS update subsequently.

Well, what is the verdict on this BIOS update? Anandtech published this great article, with this following quote:

“At the end of the day, AMD identifying a 25-50 MHz deficit and fixing it is a good thing. The number of people for whom this is a critical boundary that enables a new workflow though, is zero. For all the media reports that drummed up AMD not hitting published turbo speeds as a big thing, most of those reporters ended up by contrast being very subdued with AMD’s fix. 2% on the single core turbo frequency hasn’t really changed anyone in this instance, despite all the fuss that was made.”

There are now reports online stating that 7 nm Ryzen CPUs are now found to exceed their advertised max boost clocks, which can’t be bad news.

So all in all, hopefully future lawsuits are averted. We are talking about clock frequency in the range of 25 to 50 mHz in most cases, which out of more than 4 Ghz, is really minuscule in terms of percentage. So really this is a nothing burger, as they say.

Of course, Market Realist was eager to put out article like this one, blaring out “Intel Capitalizes on AMD’s Ryzen 3000 Boost Speed Issue”.