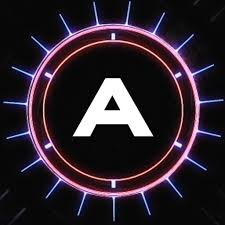 Jim at AdoredTV posted a much welcomed YouTube video called “AMD’s Make or Break”. He had been taking a break from posting videos, as well as reserving such videos to patreons only. So when he put out this video, it was much appreciated!

In this video, Jim went through some likely calculations of the yield for TSMC’s 7 nm. Because of the relative small size of Zen 2 chiplets, he concluded that the it’s possible to have exceedingly good yield. The relative shortage of Ryzen 3900X (which is made of two 6 cores chiplets) led him to believe that the 6 cores chiplets were hard to come by because great majority of the 8 cores chiplets were successfully made. The fact that AMD is premiering TR3 with only 24 cores (four X 6 cores) means that the good 8 cores chiplets are going toward Epyc and for stockpiling of Ryzen 3950X. An article at AdoredTV website talked about how there is no 48 cores Epyc to be found (these are made of eight X 6 cores), and that 6 cores chiplets must be in short supply because of excellent yield. The important conclusion is that Ryzen 3900X is continually out of stock, not because AMD couldn’t make them, but because the demand is super high.

He also looked at the die size of Navi chips, and examined the availability of Radeon RX 5700 XT and RX 5700, which showed no shortage at retailers(at Amazon for example). So if Navi with its larger die, has no supply (meaning yield) problem, then AMD while emphasizing and prioritizing volume towards Epyc and Ryzen, should have no supply/yield problem at all for these CPUs. If anything, AMD maybe should have allocated more wafers to Epyc/Ryzen and less wafers to Navi.

Digitimes put out an article claiming that Ryzen 3950X is delayed because of “unsatisfactory clock speed”. On this matter, Charlie Demerjian of Semiaccurate.com twitted that this is not true, and that high demand “for Epyc” is the reason for the Ryzen 3950X delay. This is very reassuring, since Charlie has a lot of credibility in these matters.