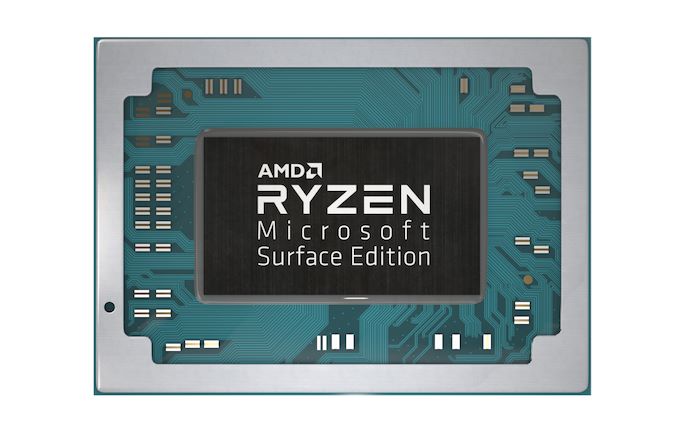 MS Surface Day is finally here. After several months worth of vague rumors with Ryzen Surface prototypes, Ryzen testing, and official retailer list leak, the day of reckoning is upon us.

There was much collaboration between AMD and Microsoft, what is described as merely the beginning of MS Surface using AMD Ryzen! This is much more than Microsoft shoving a Ryzen part inside a chasis solely designed for Intel chips. There was a lot of optimization involved, with custom drivers, power management and software tweaking. Even more significantly, Microsoft had chosen to use AMD’s Zen+ APU, which is made Global Foundry’s 12 nm process, and it already has higher performance than Intel’s much delayed 10 nm Icelake! When AMD’s Zen 2 APU launches early next year, I am positive Microsoft will drop those Renoir chips into Surface Laptop 4, most likely for BOTH the 13” and 15” versions.

Increasingly AMD had made inroads into the mobile space. There are many more Ryzen powered laptops now than even six months ago. But Microsoft Surface line is a premium line. The most expensive 15” SL3 using Ryzen tops out at $2799! This is a halo device. This does wonders for AMD’s mind share when Microsoft is pushing Ryzen chips as high performance, and the co-branding of Ryzen chips as Microsoft Surface Edition is priceless. This is not a one-off. Nobody goes through this kind of co-branding, only to stop using it the next year. Here is a link to Microsoft’s Surface Laptop 3 order webpage.

Here is an article from Tom’s Hardware, giving a nice summary and specs. Here is another from Anandtech.

A Wells Fargo analyst had estimated that this deal could bring AMD about $5-15 M revenue per quarter, as noted in this SeekingAlpha article. While this is simply speculation, but even if true, the implication of this design win goes much deeper and farther than this amount of total revenue increase.

First of all, this will force other OEMs to up their mobile designs using Ryzen. Another important thing we learned is that AMD doesn’t need to fear Intel’s 10 nm! Intel had trouble with their 10 nm, that much is well documented. Intel is finally able to make 10 nm mobile chips (Icelake), which are only 4 cores and low powered. Intel still can not make server class 10 nm chips. For AMD’s 12 nm Zen+ to beat Intel’s Icelake, that is unexpected and amazing by itself. Renoir cannot come soon enough!

We already know AMD is killing it in the DIY market, with 80% market share at Germany’s Mindfactory for example. However, OEM design win is much more important, especially for laptops.

This MS Surface Laptop 3 win will go a long way toward that goal.

Incidentally, AMD had just lauched Ryzen Pro 3000, with HP and Lenovo announcing desktop SKUs, covered by Forbes, here. Intriguingly, there is a Ryzen 9 3900 CPU, with TDP of only 65 W! Imagine that, a 12 cores CPU using only 65 W. How far has AMD taken CPU design in only two years!