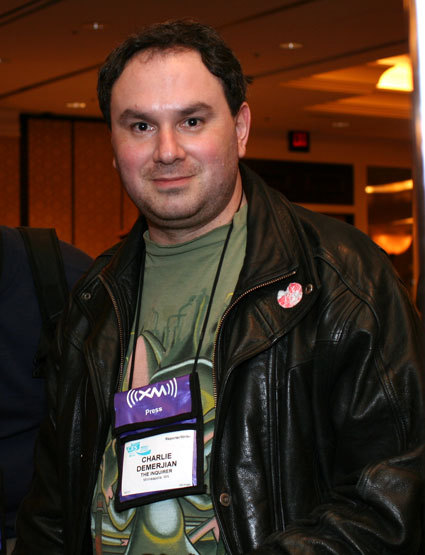 Charlie Demerjian of Semiaccurate held another conference call with Susquehanna Group on 12/19/19, as announced on Twitter, here. He backed up what he had written on his blog previously, mainly how bad Intel is doing with their 10 nm and 7 nm processes.

Reddit user Long_on_AMD did an excellent summary, here. Poor yield is a huge problem, such that even if Intel is able to make the chips, they are not economically viable. So Intel can dispute Charlie’s claims all they want, just like Intel insisted that they had shipped 10 nm parts back in 2017. As it was, those 10 nm parts were 2 cores low powered mobile chips with no iGPU, and only sold in China’s education channel in low quantities. So we can see how credible Intel is.

Meanwhile, Bob Swan just came out and claimed that Intel is no longer interested in maintaining 90% market share in the server CPU segment, but is gunning for 30% of the “silicon TAM”.

Two problem with that kind of talk. One, it’s precisely Intel’s dominant market position that allowed it to charge premium prices which resulted in excellent GM. Furthermore, it is such domination which allowed Intel to continue selling Xeon chips despite Meltdown and Spectre vulnerabilities, even forcing data centers to buy even more Xeons as software mitigations lowered CPU performance!

Second, Intel will have problem in this larger “silicon TAM”, competing against nimble and innovative companies. Intel had failed in their Altera acquisition, losing to Xilinx. They just bought Habana, an AI startup, because their Nervana acquisition did not pan out. Optane has no taker, so much for their vaunted non-volatile memory. Intel also famously exited the 5G modem business as well. In short, it is not easy to succeed in these markets.

While Intel is circling down the drain, Bob Swan is busy doing financial engineering, increasing debt and decreasing cash, in order to buy back more shares, all the while neglecting R&D. Buying back shares is not wrong by itself, but it’s not how Intel can gain 30% of this magical TAM.

Meanwhile leaks are appearing on Renoir, AMD’s 7 nm mobile chips. AMD should be announcing Renoir at the 2020 CES, just like they had announced the 12 nm mobile chips at the 2019 CES. Lisa Su had promised Renoir for early 2020. I am thinking laptops featuring Renoir should be shipping in Q2 2020.

This Reddit post revealed much specs and benchmarks for the upcoming Renoir, which this Reddit user _rogame had found in AMD Bootcamp Drivers for December 2019. The performance looks to be excellent, and an eight core APU is listed as well.

The best part is, Acer and HP are already testing Renoir right now, in addition to Xiaomi, which is very big in China. It looks like OEMs will get onboard with Renoir much more aggressively than with AMD’s previous mobile chips. It’s also great that Renior will max out at 8 cores, which is better than Intel’s top end 6 cores mobile chip. Renoir will offer much better graphic performance than Intel’s current iGPU and maybe some entry level dGPU’s. At the same time, Renoir will be excellent for productivity.

Upgrades are flowing in! In this Barron’s article, Matt Bryson of Wedbush raised AMD’s PT from 39 to 51.5. He specifically called out Intel’s struggle, through at least 2020, into 2021. If one believes Charlie Demerjian, Intel may not be competitive until 2023. Of course, AMD and TSMC are not standing still, so future indeed looks bright for AMD shareholders!